Each year, it becomes harder and harder to scare players. The times when the audience in the cinema shuddered from the slightest rustle and then was afraid to fall asleep at night are long gone. But even though the naive years have passed, the masters of horror did not stop polishing their art of scaring people.

Nowadays, every video game that has monsters jumping around is considered horror. But you’ll be lucky if out of a dozen of all sorts of shooters, you’ll find a horror game with decent graphics and gameplay. Nevertheless, sometimes we come across really scary games, which are kind of uncomfortable to play at night.

So due to a lack of high-quality horror video games, we want to present you our top 4. These games are not as much about the awful creatures. It is mostly the feeling of someone watching you and just waiting for the perfect moment to attack.

Slender is an indie survival horror based on the folklore of Internet users. A slim man without a face, dressed in a funeral suit, loves to kidnap little children in the forest. We are playing on behalf of the police officer Kate, who is investigating this mysterious case. 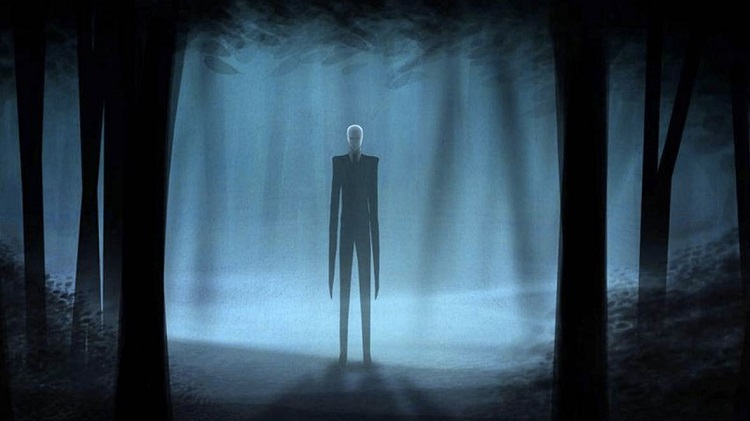 As a character, Slender appeared in 2009 and was created by a user under the nickname of Something Awful. The man uploaded several retouched photographs of a man with unusual physique. He was very tall, has unnaturally long arms and did not have a face. Pictures were accompanied by a story about missing children and the fact that Slender was suspected in these crimes. Other users picked up the story, created a video game and even an eponymous horror film. 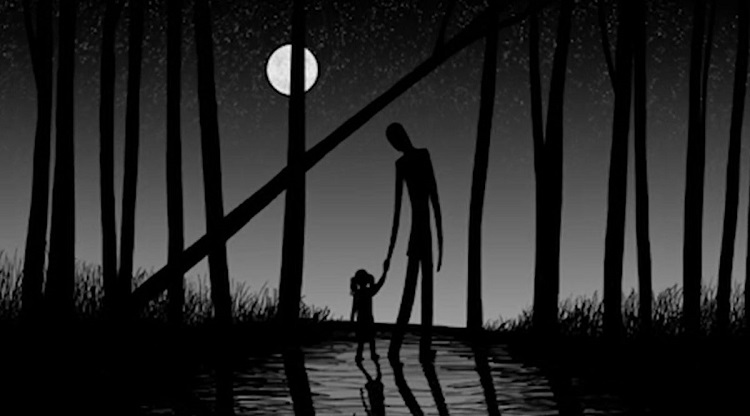 Slender with a girl

The rules of the Slender: The Eight Pages are pretty straightforward: you have to collect eight notes left by the victims. With each found note Slender is getting closer and closer and you just cannot stop even for a second. At first, you feel calm, but after fourth or fifth note, you’ll start to worry as the Slender is now very close. If you try to look at Slender, the screen will be covered with noise and the monster will catch you.

The atmosphere of the game is mostly transferred through sound accompaniment. For a greater effect, it is necessary to play in headphones and high volume.

This horror has a very traditional plot for this kind of genre. A while ago some experiments were conducted in an abandoned psychiatric hospital “Mount Massive”. No one knows what happened there, but a journalist named Miles Upshur certainly needs to find out. He arrives at the hospital to check everything, without even suspecting what he is about to see.

Experiments were aimed to change a physical condition of people and develop supernatural abilities. But as the result, once mentally ill people turned into disgusting monsters.

A special feature of the game is character’s video camera with night vision mode. It helps reveal what is going on in the darkness. Of course, someone carefully laid out batteries for the camera all throughout the hospital and we need to collect it to continue filming all the horrors of this place.

Unfortunately, the main character is completely helpless. All he can do is hide in some closed, hold breath and hope for the ex-patient of “Mount Massive” to pass him by. Therefore during the game, you have to constantly look for places to hide. 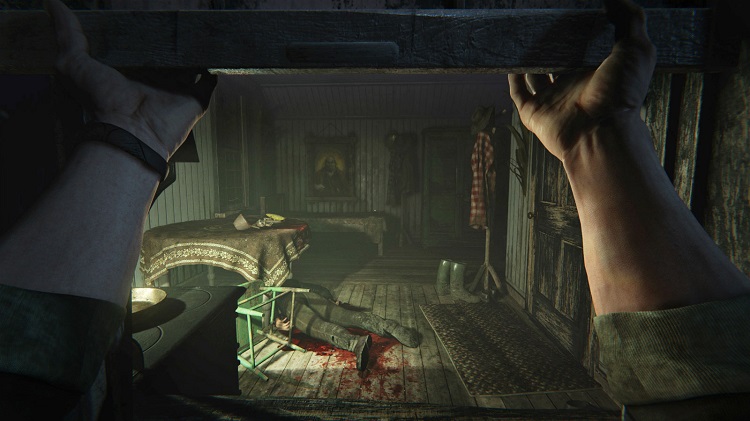 An abandoned psychiatric hospital along with its inhabitants is a not a new plot, but the atmosphere of the Outlast is definitely frightening. The constant feeling of danger and insecurity makes this game of the best horrors of recent years.

Two parts of the Amnesia series Projects The Dark Descent and A Machine for Pigs have common universe and similar display, but a completely different plot.

The Dark Descent tells a story about the main character named Daniel, who wakes up in a castle and does remember anything. It turns out the protagonist took a special medicine which caused amnesia because he could not deal with his mental trauma anymore. 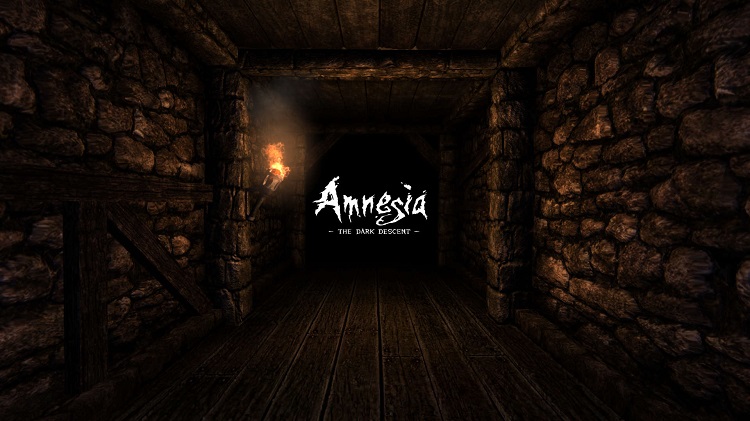 In the course of the game, the player finds notes, which unfold secrets about Daniel’s past. He used to be an archaeologist and during one of the expeditions, Daniel found a magical artifact. Next thing he knows, strange things started to happen and everyone from the expedition were killed.

Most of the time, Daniel wanders around the castle, solves puzzles and hides from enemies. Amnesia has one cool feature. You are able to interact with objects in several different ways. For example, you can either open the door and let everyone know that you are here, or slightly open it and see if there is any danger in the room.

An atmosphere of uncertainty and fear is supplemented with the fact that Daniel does not have any weapon. The only thing you can do is run away from enemies or throw things at monsters. 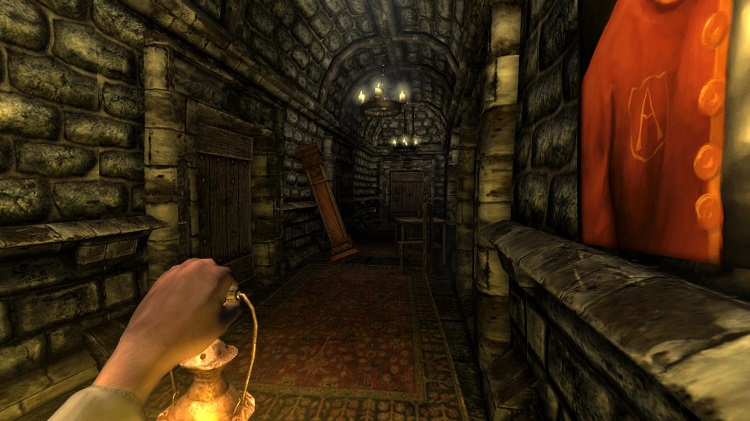 The next game of the series is called A Machine for Pigs. It tells a story about an industrialist Oswald Mandus, who became a victim of a strange fever. Just like Daniel, Oswald does not remember anything. Later you’ll find out that a successful tycoon was once on the verge of bankruptcy and killed his children out of despair. And now he has to correct some mistakes from his past.

All Silent Hill games are pretty good, but the first ones were the scariest. The first game describes a gloomy town of the same name, where the main character lives with his adopted daughter. At the very beginning of the game, the girl disappears and the father has to go and search for her. 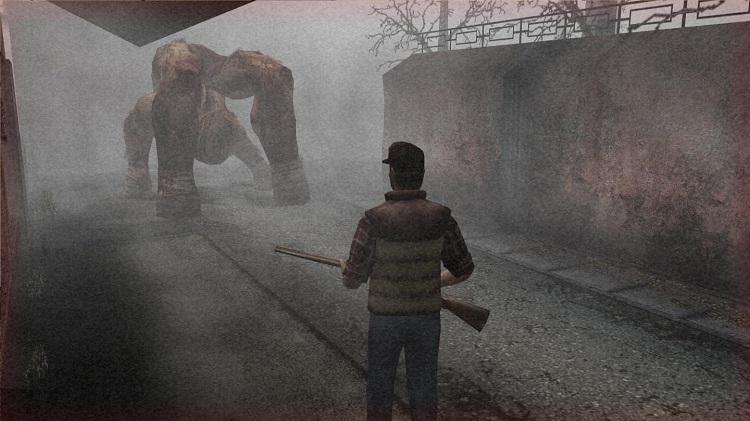 Silent Hill is full of techniques inherited from the psychological horror genre based on the emotional instability of the character. Basically, the father constantly feels scared but refuses to stop the search. In addition, the game is greatly accompanied by an excellent work of sound.

The main feature that attracts so many players is the way Silent Hill frightens the gamer. The scariest thing here is the silence. Nothing happens but the surrounding entourage leaves the feeling that someone is about to jump out from behind … but he doesn’t. 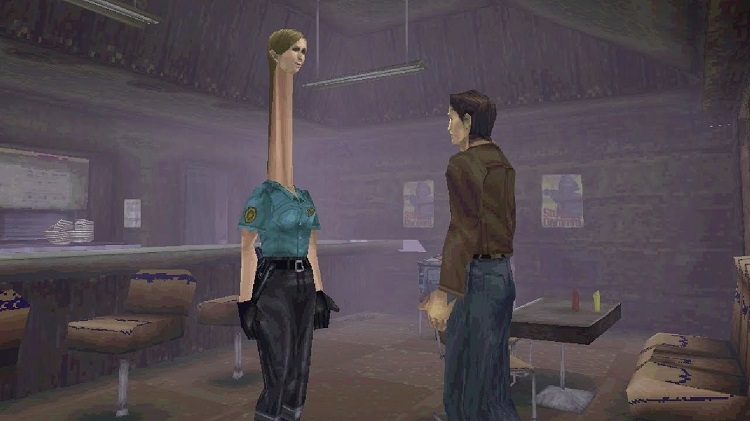 The second part of the series tells a story about a man who receives a letter from his dead wife asking him to come to Silent Hill. The man finally decides to go not knowing what secrets are waiting for him. The third part is a continuation of an original story. 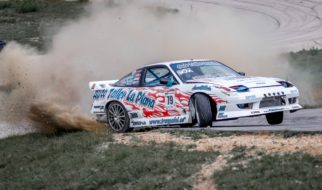 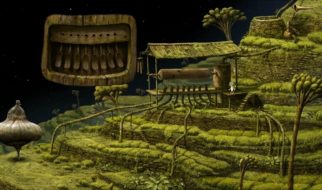